LaTisha: This is a reader’s experience with Sallie Mae. The purpose of these stories is to help prevent others from making the same mistakes. If you have an experience that you would like to share anonymously please contact me.

Figuring Out How to Pay Tuition

My experience with Sallie Mae has been a rather interesting one. I originally began business with the company back in 1999 when I started college at a private school. Imagine the overwhelming feeling that both my parents and I had when we realized the steep tuition that would have to be paid for me to get a better education. The head of the financial aid department made it sound so simple to just sign up for a student loan and everything would be handled. Well just coming out of high school with zero credit under my wings, my only option was for my parents to be the co-signer for me.

For those who are not familiar with the meaning of a co-signer it’s basically joint signers of a loan agreement who pledge to meet the obligations of the debt in case of default. My parents were only thinking about the present and not how it would affect them in the future. I did not think about how this could negatively affect me also. I took out a private loan, and several federal loans. The day that we decide to sign that loan was the beginning of financial imprisonment with Sallie Mae.

I only attended that particular private school for one year and this set me back $16,000. I figured that I wouldn’t worry about it too much because by the time I finish college I would make payments on the loan and I would be okay. Each year while I was in school I put the loan in forbearance. Anyone who knows anything about loans will know that when you’re in school you are allowed an in-school deferment. I was uneducated when it came to loans so I was gradually wasting my forbearance time away for when I really would need it.

At the beginning of my third year in school, I became extremely ill with major health issues and had to put college on hold. Well, there went my plan of finishing school with a good job so that I could pay my loan. I just kept the loans in forbearance and when I had the money I would pay some money on the interest charges (which were adding up). Eventually, I was not financially able to make payments on the loans and my forbearance ran its course.

I began to receive the phone calls from Sallie Mae and although I explained my situation, they were not in the least bit interested. All Sallie Mae wanted to know is how and when I would be able to make a payment. Once they realized that they had very little chance of receiving much money from me, they began the phone calls and threatening letters to my mom. She tried to help as much as she could but with her small paycheck and her own financial obligations it became a stress factor. At this point, all I wanted to do was put this behind me.

As of today, I have graduated college and with the economic downfall I am working part-time, seeking full-time employment. My mom is now disabled and not working at all. This unfortunately does not excuse the loans from so many years ago. I talk with Sallie Mae about once a month and I hear the same thing each time. “You have used up all of your forbearance so you cannot place your private loan in forbearance.” The loans are now around $20,000 because of the interest adding up. I make a small payment of $50 each month to keep the loan from going into default. If I could go back to the day I started college in 1999, I would never have signed that private loan with Sallie Mae.

What to avoid when beginning your college journey………

LaTisha: Readers, what are your thoughts on this situation? Have you encountered a similar situation? Any suggestions on possible alternatives?

Make a Plan to Get Out of Debt Faster with ReadyForZero 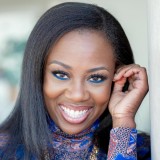