When an Engagement Ring is a Bad Investment 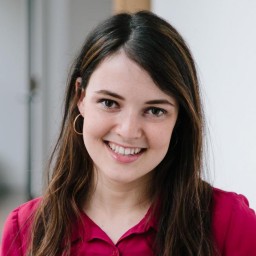 Now that I’m in my mid-twenties, everyone I know is getting engaged. In 2012 the average engagement ring cost $4,000, according to a 2013 report from Jewelers of America. That same year, the median salary of a twenty-something with a bachelor’s degree was $46,900. That means that if you were 25 years old and getting engaged, you’d spend about 10% of your salary on a ring.

I don’t think most people I know are contributing 10% of their salary to a retirement account, but somehow it’s considered normal to spend that amount on a diamond? I hope it’ll be keeping you warm when you’re collecting social security.

But no matter what I think about engagement rings, there are still ways to get one AND be financially responsible. So here are four examples of when not to buy an engagement ring.

You don’t have an emergency fund

Traditional ring-shopping guidelines say you should spend two-month’s salary on a ring. Most personal finance experts recommend you have three to six month’s worth of expenses as an emergency fund. So in between all this saving (which can take years to do) how are you supposed to prioritize? What’s the point of having a two-carat diamond on your finger when you can’t afford to fix the transmission on your car? Before you buy the ring, have three month’s worth of expenses in your bank account. And if your partner isn’t financially savvy, figure out their assets. You don’t want to drop $5,000 on a ring to find out that your future wife has $20,000 in credit card debt.

You aren’t contributing enough to retirement

Most experts recommend putting 10-15% of your gross salary toward your retirement. At the very least, you should put away enough to get whatever match your employer might offer. So before you head to your local jeweler, check that your contributions are on par. If you’ve switched jobs lately or gotten a promotion, confirm that your 401k has increased as well.

You don’t have the cash to pay for it

If I had to list the worst personal finance decisions I’ve heard of, taking a loan out to pay for an engagement ring would be right up there with getting furniture on layaway or trying your hand at day trading. Loans are sometimes necessary. I wouldn’t have been able to go to the college I chose without taking loans. And sometimes it makes more to take out a loan if the interest rate is super low. But I doubt whatever loan you get for a ring would be better than saving the money yourself. Plus once you get the ring, you can start saving that money for your wedding, honeymoon or down payment. Creating a habit of saving can also make you think twice before you buy that diamond. Once you see it’s taken you months to save for something, you’ll have more of an appreciation for your money.

When you spend thousands on a ring when you have thousands (or more) in debt, you’re only continuing the notion that it’s ok to buy what you want when you can’t pay for it. Why start your married life with a loan? There’s no rule that says the ring you get at the beginning of your marriage should be the final one. Maybe you get a placeholder rock until it makes sense to buy a diamond. Maybe you get a pre-owned ring for 50% off or scour vintage stores for unique ideas. Be honest with your fiance. Most people prefer to marry someone that is thinking about their future instead of buying something just because society tells him to.

If you want an engagement ring, then get one. Discuss your budget, pick it out together and make sure it’s what you both want. But before you do, make sure that you can truly afford it.