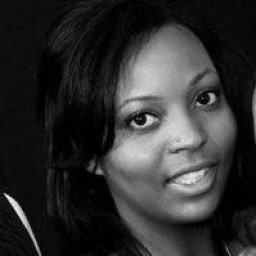 The importance of having a budget has been debated probably since the origin of the word. Some people live by a budget and can’t get by without their spreadsheets, while others simply see it as an ineffective waste of time.

In fact, a Gallup poll indicated that two-thirds of American households do not utilize a budget.

Budgets Are Intended to Help Us Do Three Main Things:

Given the crucial benefits budgets offer, it’s hard to imagine a world without them. You’ve probably heard the word ‘budget’ used several times when you were a kid. You may have heard it from your parents or other adults but never really grasped the concept.

Here are some of the key financial setbacks that occur when you don’t budget:

Out of Control Spending

While it’s easy to create a budget, it’s not so easy to maintain it. Each day, Americans are faced with advertisements and temptations to spend. When you don’t have a clear budget to create a purpose for your money, it becomes all too easy to overspend. It’s why you may find yourself leaving a store after spending $100 when your initial intention was to spend only $25.

“But if you don’t have a budget that limits your spending, how can you technically ‘overspend’?”

You’ll know that you overspent when you wind up short on cash later in the month. A budget helps restore order to your spending habits and control the money you have instead of letting it control you. A budget should be freeing.

Out of control spending will no doubt lead to debt. You can only live above your means for so long. Having a budget can help you pay off your debt quicker by avoiding costly interest charges. Your budget can also keep you from accumulating crippling amounts of debt.

Many families are already dealing with debt. 2015 Federal Reserve statistics show Americans hold a combined average total of $890.9 billion in debt. I wonder how much of that debt belongs to anti-budgeters. Credit card debt is the third largest source of American debt, followed by student loans and mortgage debt. It’s difficult to picture the debt numbers being even worse. But if the Americans who do budget would stop… that could lead to an astronomical amount of debt.

Whether your financial goals are to pay off debt, buy a house, retire, or take a vacation, you’ll do well with a budget. Having no idea where your money is going each month can be confusing, overwhelming and derail you from ever reaching any of your goals.

You won’t be able to save, say, $5,000 extra dollars if you don’t establish a clear and realistic goal. A budget simply puts your goals on paper. Budgeting is all about prioritizing your spending and making the most of your money. It helps you keep your goals in sight at all times.

If the entire world didn’t budget accordingly, we would all just spend our money on whatever came our way without considering the consequences. We would be unknowingly working against ourselves and preventing ourselves from ever reaching financial stability.

This is why creating some type of budget is so crucial. Without it, the world and the economy would be in even bigger trouble. Even if you’re already good at managing your money, a budget will help make sure that never changes. Think of a budget as your very own accountability partner. A budget is a great way to make sure you achieve the life you dream.

[Tweet “If you don’t have a goal, how will you know when you’ve scored?”]

Do you budget? How does it help you reach your financial goals?